Jeffrey Harris grew up on his parents’ isolated Horomaka Banks Peninsula dairy farm in the 1950s and 1960s, and developed his drawing talent early. He was determined to be an artist – a pursuit that drew little encouragement from his parents but was quietly nurtured by his maternal grandparents, whom Jeffrey described as “the gentle and secretive side of the family”. This work was made in 1969, which was an important year for Jeffrey. He formed friendships with the Dunedin painters Michael Smither and Ralph Hotere, who did much to encourage him including arranging an exhibition of his work in the foyer of Otago Museum in 1969. They, along with others from Dunedin’s art circles, motivated Jeffrey to move to Dunedin in 1970 to take up painting full-time. It was here that he met the artist Joanna Margaret Paul whom he married in 1971. 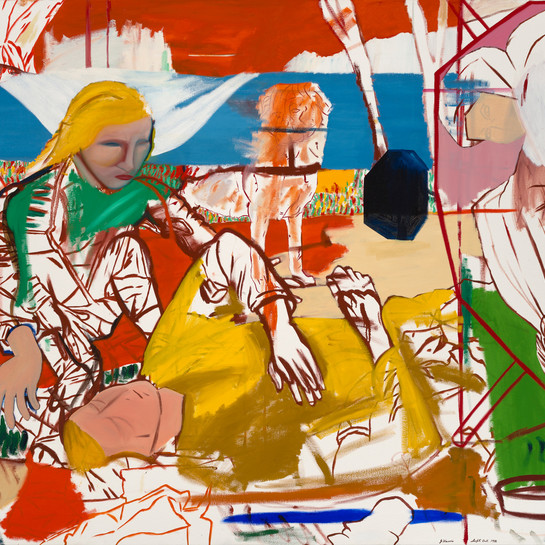 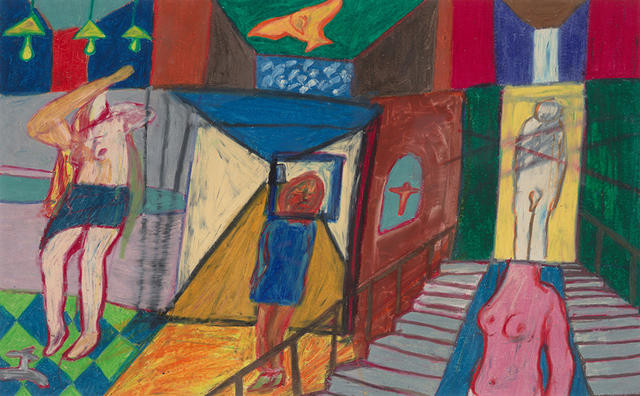