Andy Leleisi’uao grew up in Mangere, a working-class Auckland suburb that became home to large numbers of migrants from the Pacific Islands in the 1960s. The Kiwi-born son of Samoan parents, he often felt suspended between their adopted home and Fa’a Samoa. The imaginary worlds he has created within these paintings – filled with puzzles, metamorphosis and in-between creatures like jellyfish – evoke that feeling, and also how two cultures might be pieced together into a new identity. Though Leleisi’uao longed to be an artist, he took factory jobs to support his family. Manual labour and time passing are key parts of his work, which also considers how New Zealand’s culture of individualism differs from the collective approach prioritised within Samoan society. 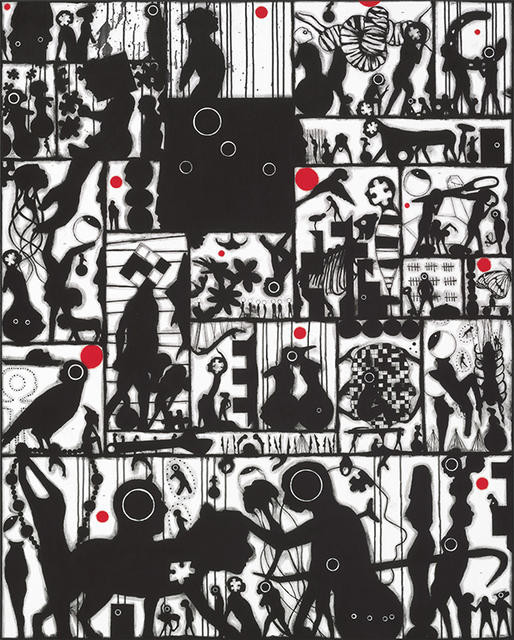