In 2007, Edith Amituanai travelled to Europe to photograph New Zealand-Samoan professional rugby players who were based in France and Italy. She also took photographs in their family homes back in Aotearoa. This series is named Déjeuner, the French term for ‘lunch’, in recognition of the regular family get-togethers that one of the players claimed he was most homesick for. These photographs document what Amituanai describes as third-wave Pacific migration, as the relocation of the players to Europe was driven by the need to further their careers internationally.

The Manu Lounge was shot just prior to this, in 2006, in the home of Amituanai's Aunt Lomona in Spreydon, Christchurch. It shows the lounge laden with images and memorabilia of Carl Manu who was playing rugby in Grand Parma, Italy at the time. Shot from another angle and taken a year later, The House of Manu is part of the following Déjeuner series.

The two photographs show the same room, at first busy with family portraits and decorations, and then in a transitional stage as the family prepare to move house. Many objects have been removed –the display of photographs and mementos in front of the hearth – and one object wrapped in newspaper rests next to a packing tape dispenser. Together, they offer insight into how the idea of 'home' can evolve and shift between generations and circumstances, and how the domestic environments we piece together around us reflect our connections with the past, as well as our dreams for the future. 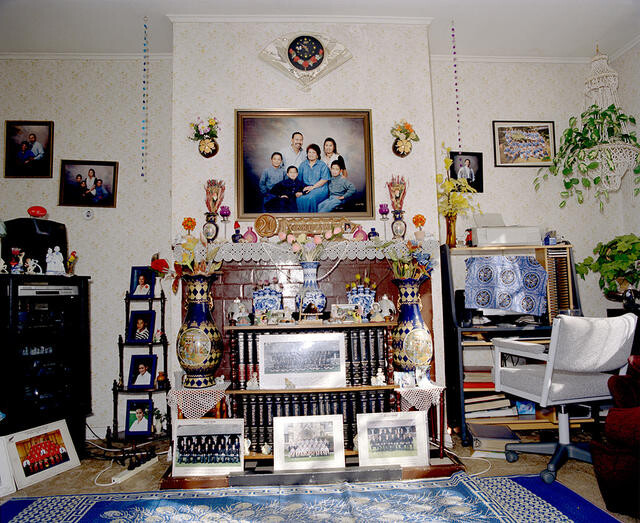