Rora Hupariki Tawha (Ngāti Irakehu, Ngāi Tahu; Ngāti Toa) was a well-known member of the Ngāi Tahu community at Wairewa (Little River) on Horomaka (Banks Peninsula). Born in about 1832, her early years were spent in Ngāti Toa territory at Kapiti, her mother Te Ipinga having been taken captive in Te Rauparaha’s devastating 1831–32 southern raids. Recognised as the daughter of Tukaimaka, a high ranking Ngāi Tahu chief, Te Ipinga was then chosen to marry Matenga Te Rapa, a first cousin of the Ngāti Toa war leader Te Pēhi, who had been killed at Kaiapoi in 1828. Rora Tawha’s parents’ takawaenga (mediated) union enacted a symbolic connection between the two tribes. When peace at last came and Ngāi Tahu captives were released in 1839, she, her sister Riria Paeumu and their parents moved south to settle at Wairewa. Rora later married Henare Tawha of Wairewa. She was widowed by the time this photographic portrait was taken. Its maker Albert Peachey was a New Zealand Railways engine driver and skilled amateur photographer who lived in Little River between 1905 and 1911. 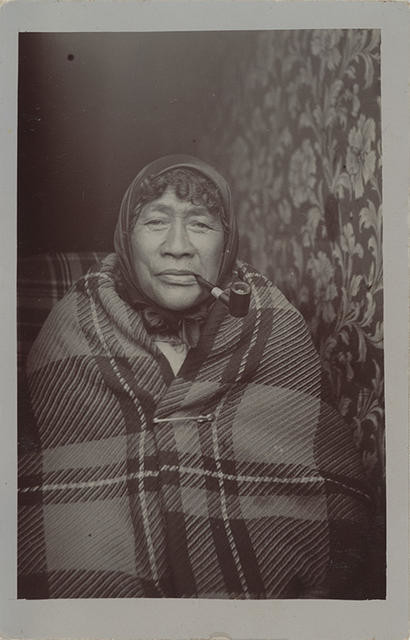