Sparked in 1852 by the actions of a friend, London artist Ford Madox Brown started on an ambitious painting on the then highly visible theme of emigration. Although modelling the couple in his painting on himself and his partner Emma Hill, its inspiration was the departure of the Pre-Raphaelite sculptor Thomas Woolner for the Australian goldfields. (Woolner would later create the memorial statue to John Robert Godley for Christchurch’s Cathedral Square.) Madox Brown’s picture of an emigrant British couple facing the unknown represented a familiar scenario at a time when vast numbers were leaving Britain for a better life – most bound for America, Canada, South Africa, Australia or New Zealand. The Last of England was completed in 1855, by which time Woolner was back in London, having been unsuccessful at mining and disillusioned by the coarse realities of colonial Sydney life. Herbert Bourne’s popular steel engraving of this painting was first published in The Art Journal in London in 1870. 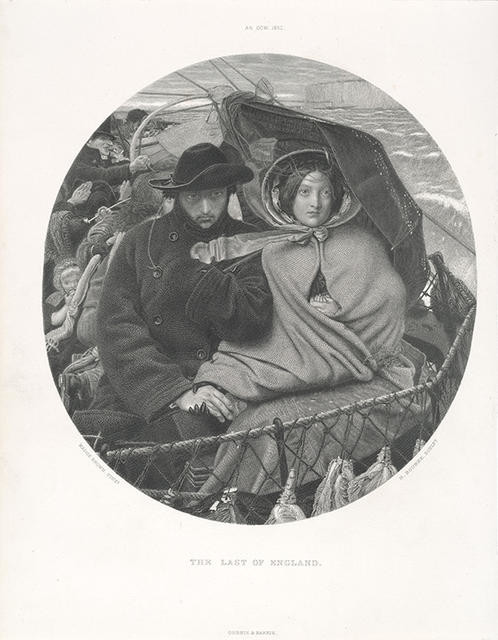