Anxiety is sometimes described as worrying about what might go wrong in the future. It’s a state of mind that many of us experience at different times; at its worst, it can become a medical disorder, which requires professional help to treat. Mental health disorders spiked in the city in the years following the Canterbury earthquakes of 2010 and 2011, as people experienced great uncertainty about their future: recovery from trauma is a long and difficult process. Doc Ross is a Christchurch-based street photographer, who has walked the city for many years capturing what he sees. In this photograph taken outside Christchurch’s venerable department store Ballantynes, he reveals the tension of an unidentified woman caught between the past (“celebrating 160 years!”) and the as-yet unwritten future. After the earthquakes, Ross decided to document the emotional life of the city rather than make what’s become known as ‘ruins porn’. “The one thing I thought people in fifty years or so would like to look back at was the people in the city, how they looked, how they felt and how they perhaps changed over the period of the city’s recovery.” 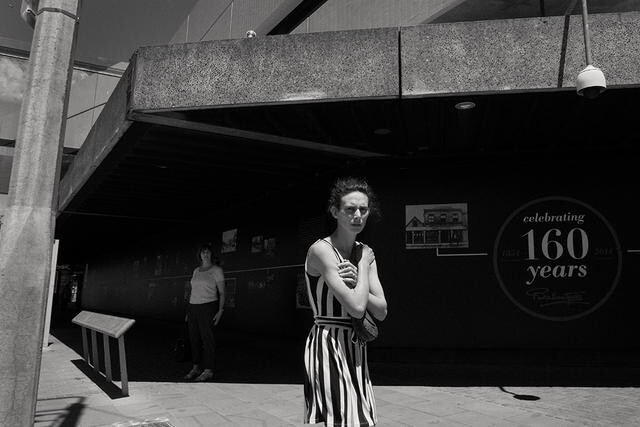