These tins are part of an original grouping of 267, representing the number of whales killed by Japanese vessels in the 2010 Southern Ocean harvest before it was disrupted – by bad weather and the actions of the Sea Shepherd protest ship. They incorporate graphics from a real Japanese whale meat tin, adapted and superimposed over a photograph of the Southern Ocean, with the cut-out shape of a whale’s tail visible above the waves. Graham Bennett wanted to provoke debate; acknowledging both the range of perspectives that exist on this subject in Japan, and Aotearoa New Zealand’s own history of whaling. 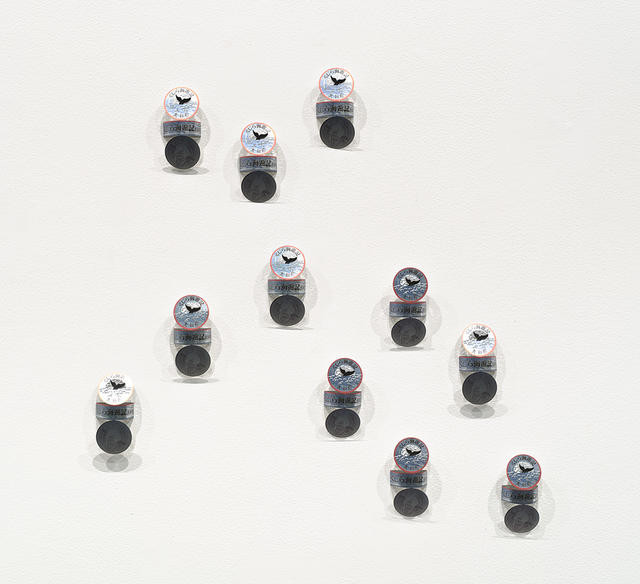