Julian Dashper made these sound recordings in 2002 in front of Jackson Pollock’s painting Blue Poles: Number 11, 1952, at the Australian National Gallery in Canberra. He was on his way home to New Zealand following an artist’s residency in Nebraska. He wanted to make a 23-minute recording—the maximum amount of time that you can fit on a 12” vinyl record—but his tape recorder kept stopping and starting. In the end, he had eight short audio recordings of people shuffling their feet and coughing in front of the famous painting.

Dashper was always interested in correspondences—the unexpected relationship between one thing and another. He was delighted, therefore, to learn that he made his recording fifty years almost to the day that Blue Poles was painted; and also that the number of recordings he made corresponded to the number of poles in the painting. “I had gone from what at first seemed to be an absolute disaster of an artwork”, he said, “to something that gave me a chill to even think about. Art is often strange and wonderful like that.”

Blue Circles #1–#8 comes from a long series of work in which Dashper conflated the appearance of modernist abstraction (circles and targets) with the ephemera of the popular music industry (vinyl records, and drum skins). “I am not a musician”, he said. “That’s what primarily interests me. It therefore feels very abstract to me. It feels very pure. I see music as a huge and grand metaphor for me to pluck fruit from and make jam.” 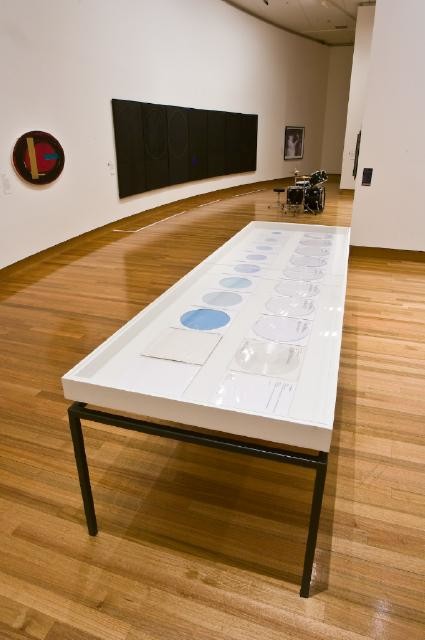 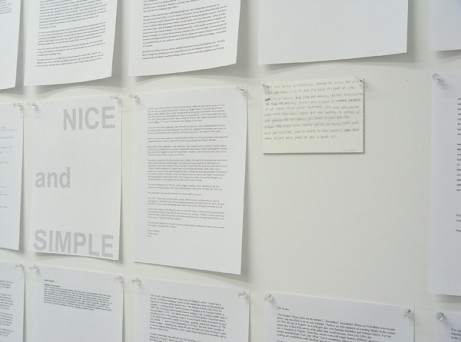 In August this year Marie Shannon sent out an invite to some folks to write a memoir about Julian Dashper, the final text would be sent to Matthew Deleget of Minus Space, NY, and included in an exhibition honouring the first year of Julian's passing.

Marie and Matt have kindly agreed to let me add my text to our blog, I hope it might bring some memories of your own about our friend to the fore ...