John Drawbridge’s Wellington studio overlooked the Pacific Ocean, and he often explored the nuances of the coastline and ocean in his paintings and prints. Interested in what he called the “atmospheric elements of the earth and in humanity”, he experimented with how combining intense colour and delicate mark-making could create rich experiences for the eye and mind. Unusually for him, this work responded to a political issue – the testing of nuclear weapons in the Pacific. While British, American and Soviet governments agreed in 1963 to ban atmospheric tests, France undertook nuclear testing (atmospherically, then underground) in French Polynesia from the mid-1960s until 1996. This prompted strong protest, and the Australian and New Zealand governments took France to the International Court of Justice to force a ban. France ignored the court’s ruling. In Pacific Cloud, a fiery red vapour almost obscures the thin horizon line in the distance – suggesting not only a bomb blast, but also the effects of radiation spreading across the ocean. It is now estimated that around 110,000 people in French Polynesia were affected by radioactive fallout. (Te Wheke: Pathways Across Oceania, 2021) 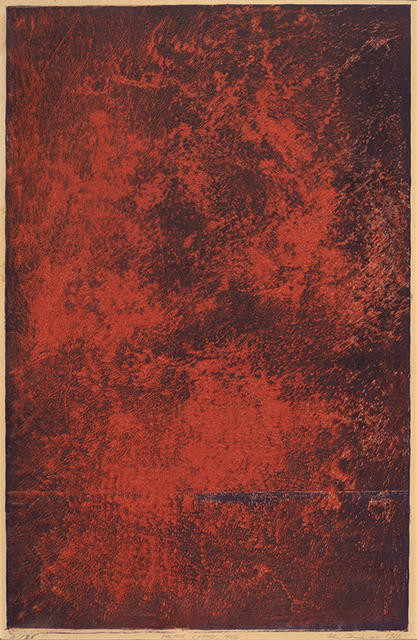