Characteristic of Expressionist artists, Philip Clairmont showed much of his own life - his relationships and his feelings - in his art and this self-portrait shows the depression he was suffering at this time. The cross in the background is a symbol he used both for his father, who had recently died, and for himself. Clairmont closely scrutinised himself in a mirror in order to work on his image and this vibrant linocut has an intense and rather unsettling energetic power. It is one of the last works made by Clairmont before his suicide in 1984. The black and white graphic quality shows his interest in German Expressionism, especially the work of Max Beckman (1884–1950) and Ernst Kirchner (1880–1938). Clairmont was born in Nelson and studied at the University of Canterbury. He had his first solo exhibition in Christchurch in 1969 and participated in individual and group exhibitions throughout New Zealand. He also contributed to several underground magazines, including Uncool and Ferret. 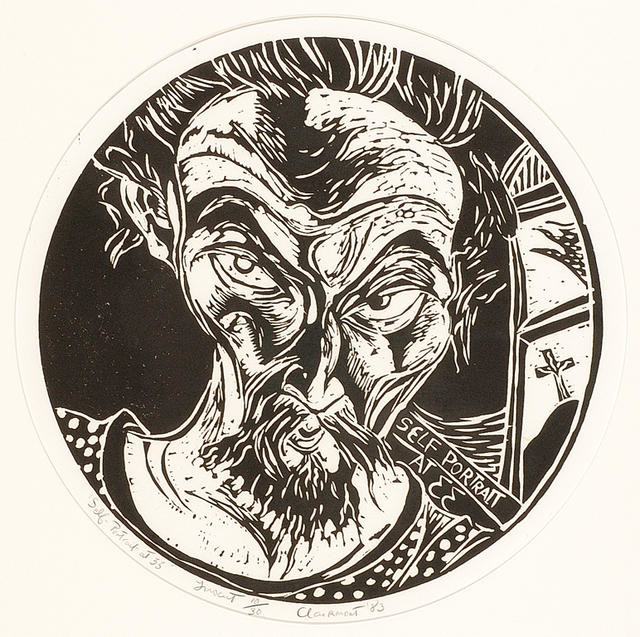