An appropriate way to celebrate one hundred years of Women's Suffrage in New Zealand was to have a project which involved as many women as possible. The Christchurch City Council achieved this aim when they commissioned a wall hanging to be made by the Canterbury Embroiderers Guild. One hundred members of the guild stitched approximately 24,000 metres of cotton and wool onto a piece of fabric measuring 9 m x 2 m. Working in three hour shifts, the guild members took eight months to complete a project which would normally, at a more leisurely pace, take two years!

Di Ffrench, a Dunedin based artist who enjoys an international reputation as a photographer, sculptor and performance artist was chosen for this commission. Her concept with its unique creativity and dainty and simplicity of design would be easily translated into stitch.

Each motif is rich in meaning and incorporated into the design are the commemorative dates, 1893-1993. The triangular structure throughout the work represents the fault line running through New Zealand and the shapes found in Taniko weaving. Included also are the four natural elements earth, air, fire, and water. The bridge symbolises the opening up of new horizons and opportunities in women's lives over the last one hundred years. The five female figures stand for cultural diversity in New Zealand. Specifically designed for Canterbury is the right hand panel where the nor'west wind is indicated by the waving lines in the background, around the head of the woman who holds the 1893-1993 emblem. 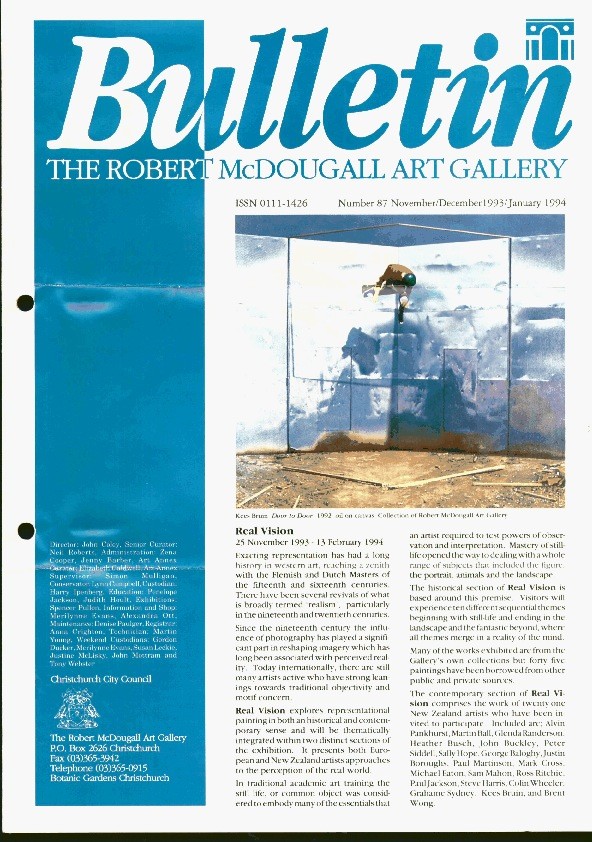