In the years between the two wars the display of advertising through public hoardings reached an unprecedented peak throughout New Zealand. Imagery became as familiar as that in television advertising today. Most of the creators of this imagery were anonymous artists employed by advertising companies. Many were commercial hacks whilst others were artists of merit.

Through this exhibition we recognise one such artist, D.J. McLeod. McLeod was more than just an advertising artist – he was also a fine painter and draughtsman in his own right as his work reveals.

The present exhibition includes private works by D.J. McLeod dating from circa 1925 through to 1946. These are works of painting, drawing and printmaking. Unfortunately, no public works have survived but photographs of some have, and a selection of these will be included in the installation.

Douglas J. McLeod was born in Oamaru in 1906, the youngest son of a family of ten. In 1907 the family moved to Coalgate where Mr McLeod senior was stationed as a policeman Shortly after, he was appointed to the Kingsland Police Station, Richmond, Christchurch, and it was in this district that young McLeod gained his formative education. In 1920, at the age of 14, he was enrolled in classes at the Canterbury College of Art and was awarded Chandler & Company's student prize. The following year he joined Chandler & Company as a junior advertising artist, attending day and evening classes at the Canterbury College of Art until 1926. Notable among his contemporaries were James & Alfred Cook, Rhona Haszard and Russell Clark. At the school he was guided by tutors Archibald Nicoll, Richard Wallwork and Ronald McKenzie. The latter was a watercolourist who instilled in his students the belief that commercial art can also retain its validity as an art form. Although in the late 1920s his commitments to commercial art were dominant, he continued to paint as a serious artist in his spare hours. In 1933 he joined the Canterbury Society of Arts as a Working Member and exhibited regularly during the 1930s.

The outbreak of war had its effect on artists' activity as it did on others and for McLeod there was no exception . In 1941 he joined the armed forces for service in the Pacific.

On returning to New Zealand in 1944 he continued to paint, but did not exhibit again publicly until 1946 when five works were shown at the Canterbury Society of Arts Annual Exhibition. The following year found him painting less but he did exhibit a work at the Academy of Fine Arts, Wellington. However, with the exception of showing a painting in the 1950 Canterbury Centennial 'Living Artists' exhibition, Douglas McLeod ceased to exhibit. In fact, the present exhibition is the first public showing of his work for almost 34 years. His activity as a public artist ceased in 1941 after twenty years as advertising artist for Chandler and Company.

During that time he had gained some distinction as a billboard designer particularly during the 1930s when his work appeared in public places throughout New Zealand. Often his advertising imagery was more than just impersonal commercial exercises and frequently he used members of his family as models as in the 'Creamota' billboard of 1939/40 which depicts the artist's father learning on a farm gate.

Today this public work no longer survives but that which McLeod painted in private, has and from this we can measure this now almost forgotten painter. 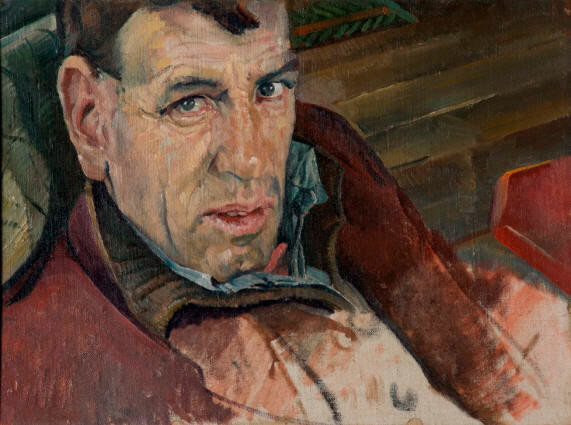 A short talk presented by artist, curator and critic Grant Banbury in which he discusses two works by Douglas McLeod. This talk was originally given on Friday 28 March 2020. 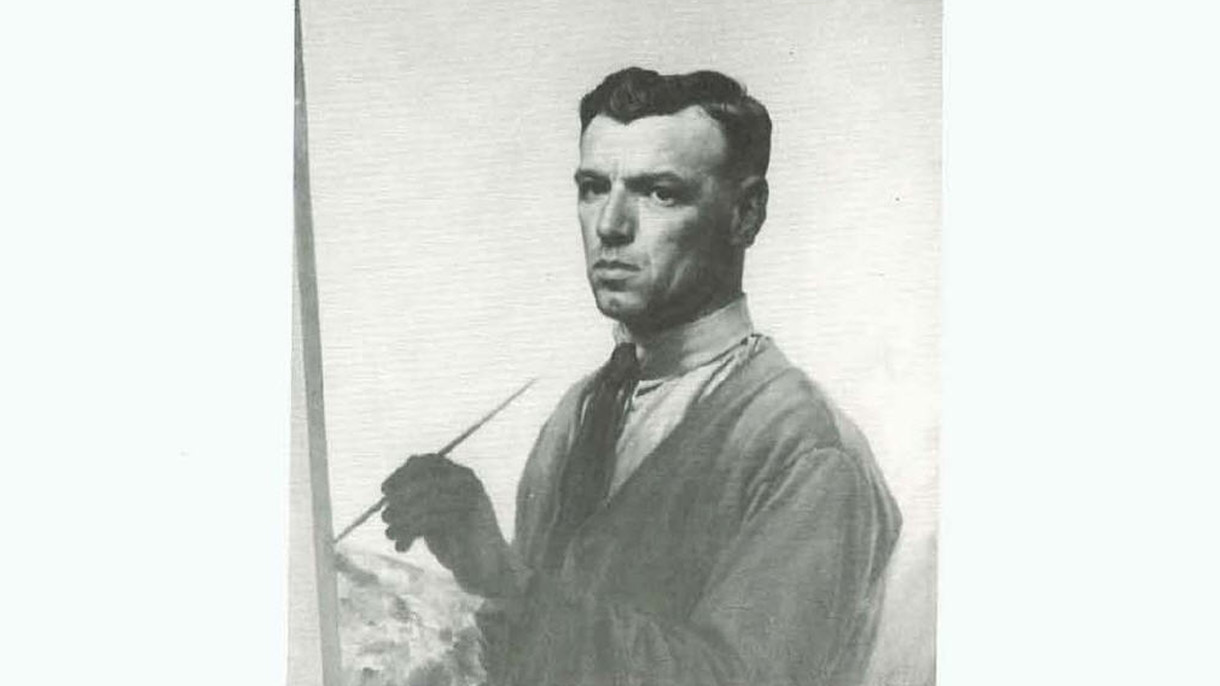 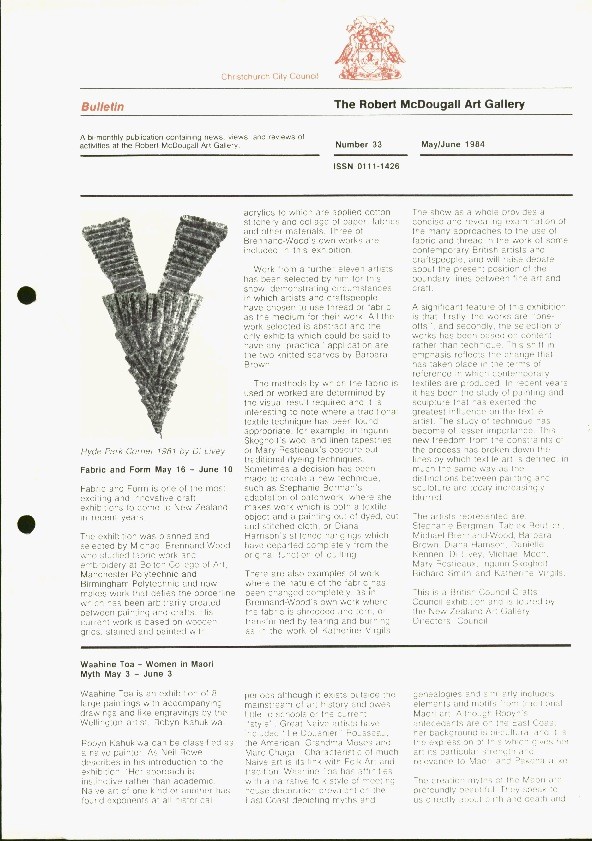