In 1781 John Opie established a very successful business in London painting the portraits of the wealthy. The noted British portraitist Sir Joshua Reynolds (1723 -1792), the first president of the Royal Academy, gave Opie lessons and was an important patron. Opie developed a style that used strong chiaroscuro (light and dark) effects, which emphasise the sitter. In typical Academic style, this young woman’s face is given more detail than other areas of the work, which also has the effect of drawing attention to her. Opie was born at St Agnes in Cornwall. His father was a carpenter and, although he was apprenticed to his father, Opie developed a local reputation for portrait painting even as a young boy. He moved to London in 1781 under the patronage of Dr John Wolcot. Opie was elected a member of the Royal Academy in 1787 and was appointed Professor of Painting at the Royal Academy Schools in 1805. He was buried next to Reynold’s in St Paul’s Cathedral. 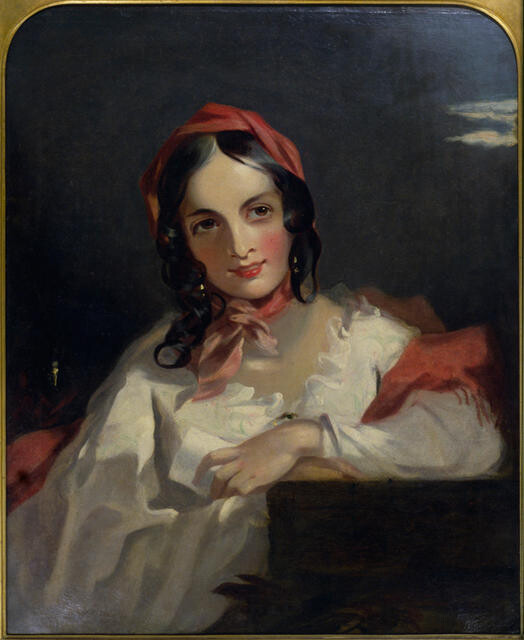