Juno was a popular Roman goddess, the protector of marriage and childbirth. She was also high-status and well-connected, being the daughter of Saturn (god of agriculture and the harvest), married to Jupiter (king of the gods, deity of sky and thunder) and the mother of gods including Mars (the god of war and destruction). All of these gods had planets named after them; Juno’s name went instead to the month of June, considered the best time of year to marry in ancient Rome. This statuette was earlier thought to represent Venus, the Roman goddess of love (or Aphrodite in ancient Greece), but two near-identical versions have been identified as Juno – one in a museum in Baltimore, USA; the other in a private UK collection. Both still have their hands, which hold oval objects that look like tiny rolls of bread. 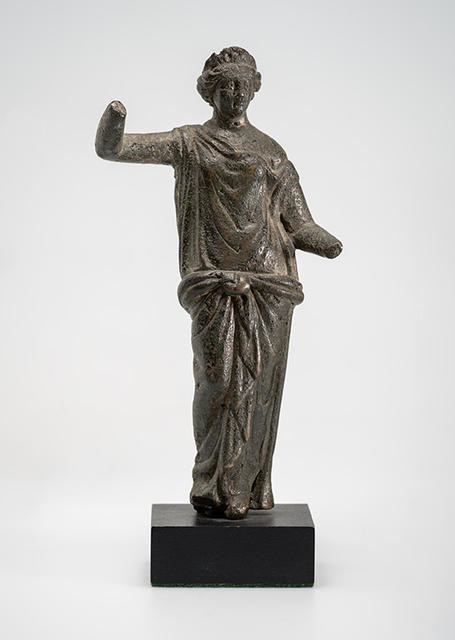 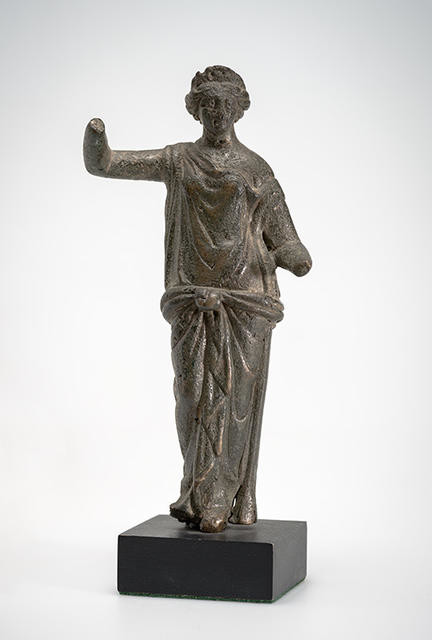 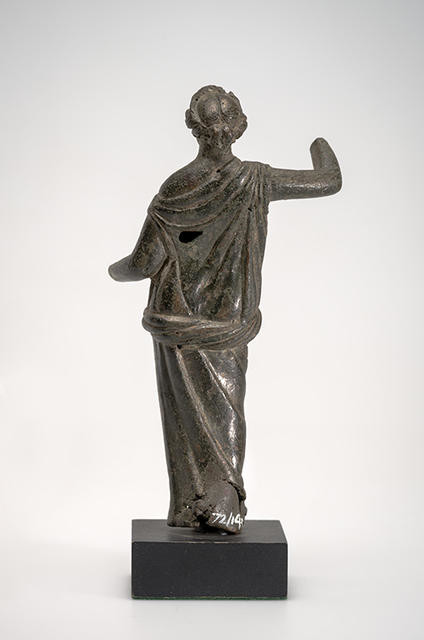 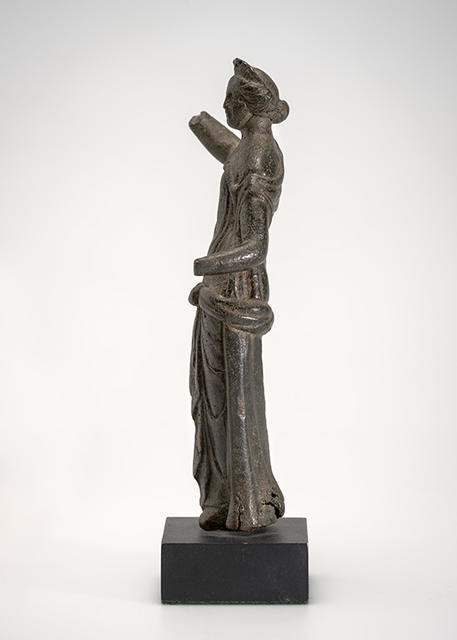 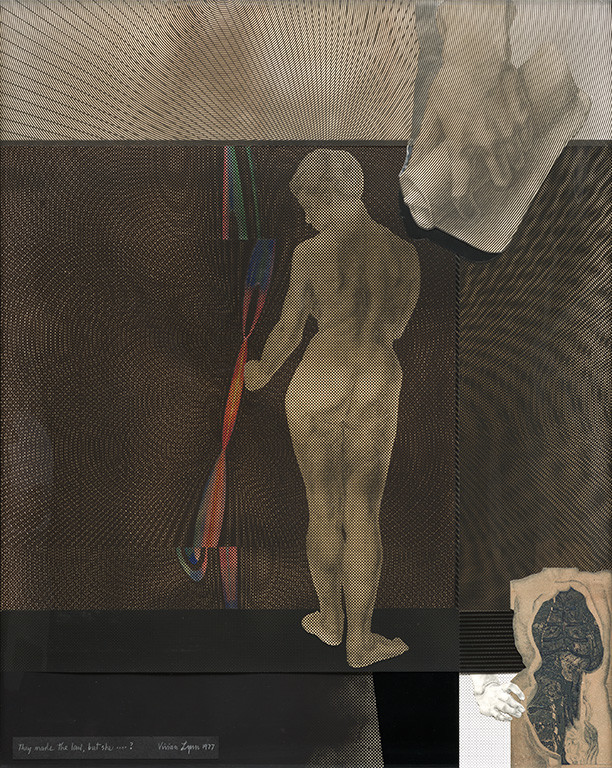