Canvas awnings provide necessary shade for the produce on sale at this market in Rome. The reflection of the light off the awnings and the deep shadows that they cast would have attracted Robert Procter because of his interest in painting the effects of light on outdoor scenes. Procter worked on his finished canvases in the studio from studies he had sketched out of doors, rather than painting directly before nature. He used broad brushwork and a light colourful palette.

Born in Scotland, Procter arrived in Christchurch in 1887. He studied at the Canterbury College School of Art, as well as being a pupil of Petrus van der Velden (1837-1913). He went on to become an instructor at the College but between 1904 and 1906 he visited Europe, studying in Paris and Antwerp. On his return, Procter lived in Christchurch until 1916 when he moved to teach at the Elam School of Art in Auckland. In 1928 he moved to Melbourne where he died. 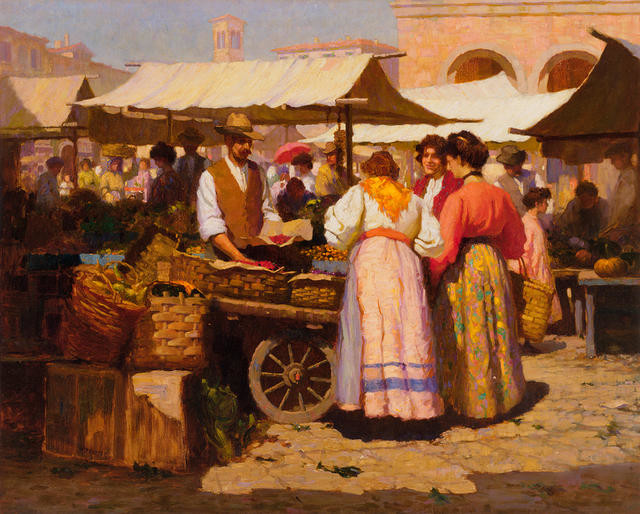