William Payne was an innovative watercolourist. He developed a unique style of painting using a brush, instead of pen or pencil, to make outlines – known as ‘dragging’, this technique accurately captured the texture of gravel or stone. Payne also developed a grey pigment known as ‘Payne’s grey’, which is still used by watercolourists today. Windsor Castle is one of the principal official residences of the British Monarch and has been continuously occupied for over 900 years. The castle can be seen in the distance surrounded by forest, while in the foreground hunters gather around a deer they have just shot. Payne was born in Plymouth in 1760 and was initially employed as an engineer at the naval dockyards in Plymouth. He began to paint parttime, and by 1786 he was exhibiting with the Royal Academy. In 1790 he moved to London to pursue a career as a professional artist and established a highly successful practice as a drawing master. 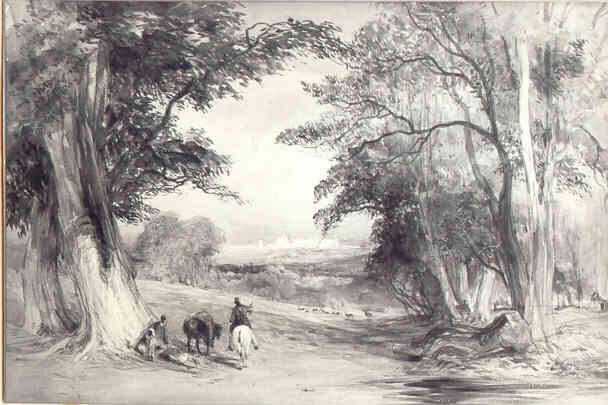